Potterheads get ready to live the Hogwarts experience with the new augmented reality Harry Potter game.

The game is all set to release for iOS and Android on June 21 and fans are more excited than they have ever been. Wizards Unite, as it has been named, is exactly like Pokemon Go but with Harry Potter characters. Wizards can use their phones as wands to repel beasts, and casts spells and collect wizarding artifacts that will help them later in the game.

It was first announced on November 2017, and now we’ve got a full trailer giving us a taste of the game. The trailer features a witch fighting off dementors and death eaters while trying to save Harry Potter himself. The game will be a mix of the Harry Potter and the Fantastic Beasts franchise with a new storyline.

The Map will guide you to what are known as ‘Foundables’ and you have to keep them safe and return them to the magical world; the map will guide you to these artifacts by revealing a trace of magic which will eventually lead you to them. Just like Pokemon Go, the ‘foundables’ will be found around you and in specific locations so it time to put on your shoes and head out. 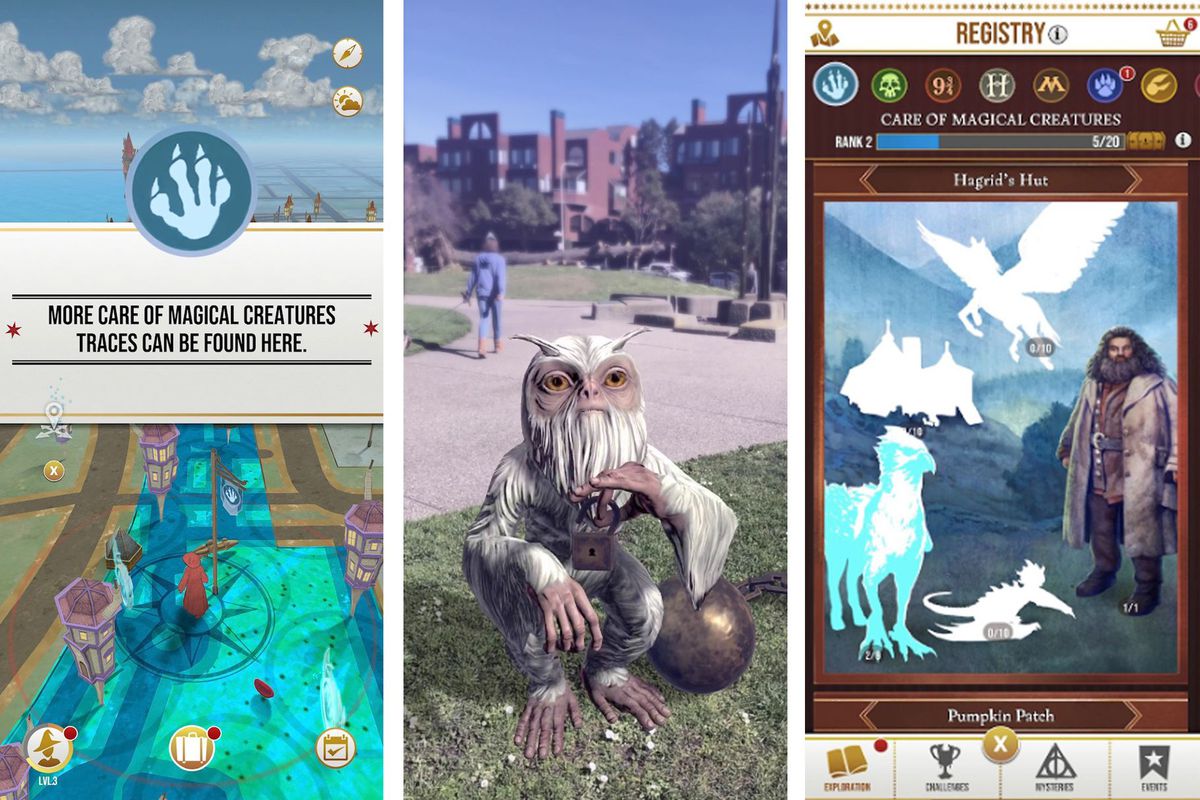 These artifacts will have to be obtained by casting what is known as a ‘Confoundable Spell’ and you will receive rewards which can be obtained from the game registry. Not only that, but wizards also need to replenish what is known as ‘spell energy’ and food can be found at different locations where they can collect these items.

Along with ‘Foundables’, there is something called ‘Portmanteus’ which will give the players Portkeys which will transport witches and wizards to places in the Harry Potter World such as ‘Ollivanders Wand Shop’ etc. You can walk around and explore the place because developers have created a full 360 degree AR experience.

The worldwide launch of Harry Potter: Wizards Unite begins this Friday, June 21! Keep your eyes peeled and wand ready for more information as the game goes live in your region soon. #WizardsUnite pic.twitter.com/ckk4s4mi8a

The beta version of the game was first tested in Australia and New Zealand and it was a massive success after which developers decided to launch the game immediately.

Niantic Labs have announced that it will initially be available only for regions in the United States and United Kingdom. Potterheads of another region will have to find a different way to experience this adventure. Naintic’s director wants to launch it in Asia but will have to find a distribute it as the franchise is not as popular in these countries.

Are you Potterheads ready to experience life as a wizard, because this is you chance to do it.