Cody Johnson seems to be on a high because he has achieved what he set out to do- make a name for himself in Country music.

Johnson recently performed at the CMA Music Festival 2019 that took place on June 8, in front of a packed stadium, where Lil Nas X and Billy Ray Cyrus had just performed.

“It’s so historic,” he said. “I’m standing here in a place where all of my heroes have stood before. I felt like I was looking at ghosts.”

Cody signed a deal with Warner Music Nashville about 12 months ago, and unlike a lot of other artists, he signed a deal on his own terms, and has big plans for how he’s going to take the next step. Cody’s career has seen his first rise to the top of the charts, with his hit single ‘On My Way To You’, which has managed to climb into the top ten. It is a big moment for this country singer, who has a different take on country music.

This former cowboy has decided to stick to the traditional style of country music that not a lot of fans are accustomed to. Although people have advised against it, he is adamant with his decision and will use his own method to bring out the country fans with his talent. Johnson is also set to headline the Washunga Days festival which is an ode and tribute to country music and features all the big names of the genre.

Cody Johnson is all set to headline Ascend Amphitheater next to big names in Country music that includes Hunter Hayes, Ashley McBryde and Ingrid Andress. He recently performed with Brooke and Dunn at CMT Crossroads where he seemed very happy to be up on the stage. At one point when Brooke skipped a line in the song, Johnson was happy to perform it all over again.

He is a family man and can often be seen with them during big events. He always makes sure to give them time and visits them in Texas as often as he can and especially after tough recording session, when he needs a little charge. 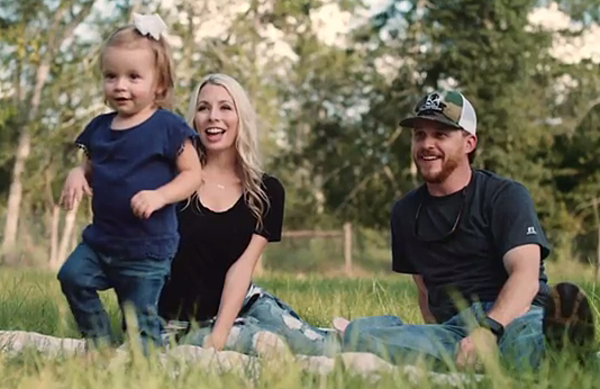 Seems like the former cowboy and devoted family man is all set to make a name for himself in the music industry. Keep your eyes peeled for new music from him, and stream his songs on Apple Music.