Netflix released the teaser to its one of the Netflix most awaited series The Witcher this Friday.

The Witcher is an upcoming American- Polish fantasy drama T.V series created by Lauren Schmidt Hissrich for Netflix. Few of the fans were lucky enough to watch the premiere of the very first teaser of  Netflix’s The Witcher at the San Diego Comic-Con on Friday. However, now the trailer has been released worldwide.

People linked by destiny will always find each other. Welcome to the Continent. #TheWitcher pic.twitter.com/tqWZtb7pfa

Initially, The Witcher was a 1993’s book series written by Andrzej Sapkowski’s, since then the book has already been turned into a video game and a graphic novel. And now Netflix is gifting us a television series as well.

The T.V series is said to have been in production since 2017, and the CD Projekt Red games fans were worried that the series might not be appealing enough. They were worried about everything starting from the cast to the armor designs. But it seems like they are satisfied after watching the two-minute teaser.

Henry Cavill with his Superman physique looks perfect in his role as Geralt, alongside we could also see brief glimpses of Witcher staples Yennefer, Ciri, and even Triss. Although the monsters of the series have been kept in wraps. 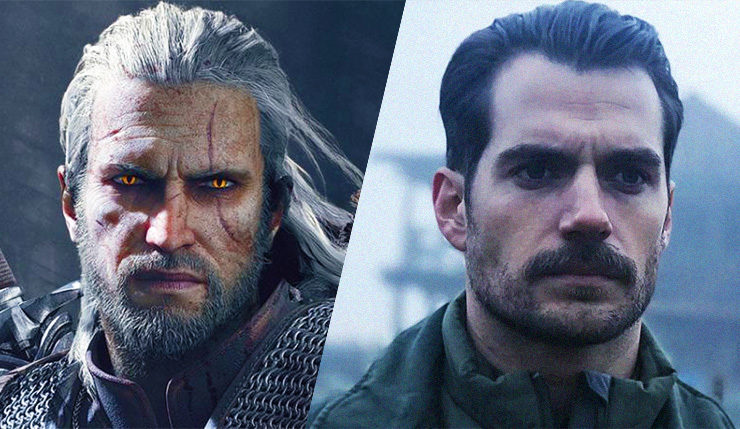 However, some of the gamer fans of The Witcher have been complaining about few differences in the series- like Geralt not having a beard like he does in the game or carrying two swords, unlike the game where he has one.

But all these complains are answered by pointing out at the books, which has inspired the game as well as the series. In the books Geralt hates beards, and he does carry his second sword on Roach.

But, either way, this brief teaser was exciting enough for both its game fans and the book fans.